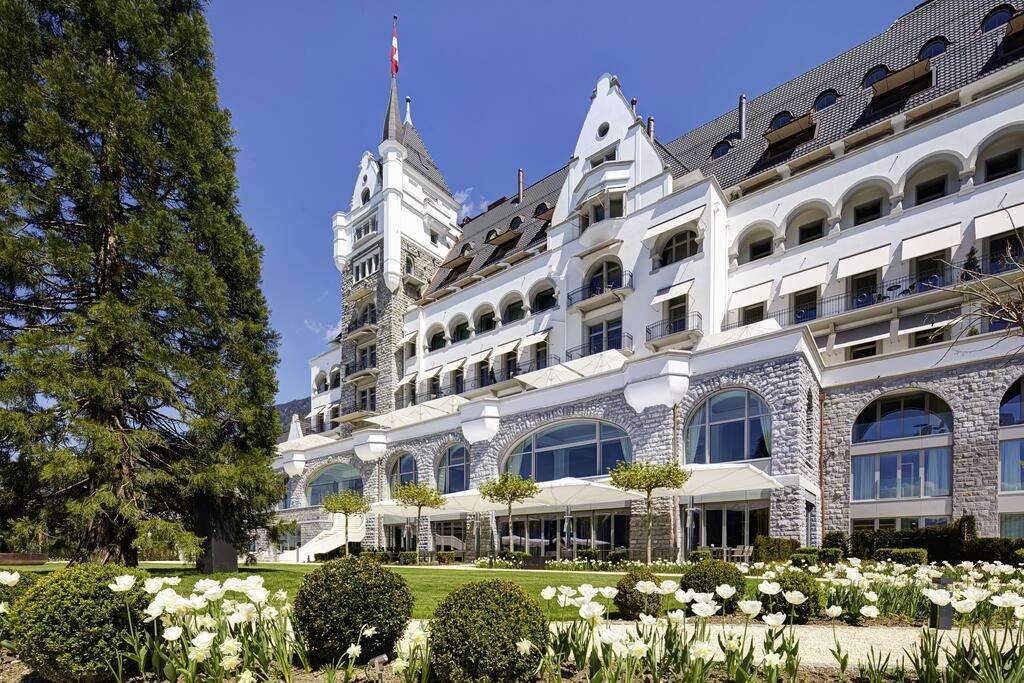 Park Hotel Vitznau, a monument to luxury and bespoke opulence in Switzerland

One of the largest and most opulent independent hotels in Switzerland is the Grand Park Hotel Vitznau, along the shores of Lake Lucerne. For over a century, the five-story palatial estate has welcomed guests to the lake, with an extensive shoreline terrace and gabled roofs, surmounted by a royal spire, providing an awe-inspiring view of the surrounding mountains. When hotelier Josef Anton Bon, from Bad Ragaz, hot springs and spa in the eastern corner of Switzerland, learned that a new railway would be bringing travellers to Vitznau in 1887, he realized that the lake would be perfect for a luxury residence, and with the help of architect Karl Gottlieb Koller, he opened the Park, in 1903.

Today, the Park has benefited from some restoration work in 2012 and continues to offer the most luxurious and upscale accommodations in the region. To the north of the hotel, Mount Rigi, the Queen, dominates the skyline, and a rail line travels to her peak each day. Within the hotel, the long corridors are organised by theme into Galleries, featuring such themes as Music, Theatre, Wine, and Finance. The hotel is also a quick walk of ten minutes from the center of the scenic town of Vitznau, and bespoke tours of the town and the surrounding region will be easy to arrange with your concierge. The hotel features two restaurants with Michelin star awards and has embraced the pursuit of excellence in wine culture with six wine cellars and a collection of more than 30,000 vintages. 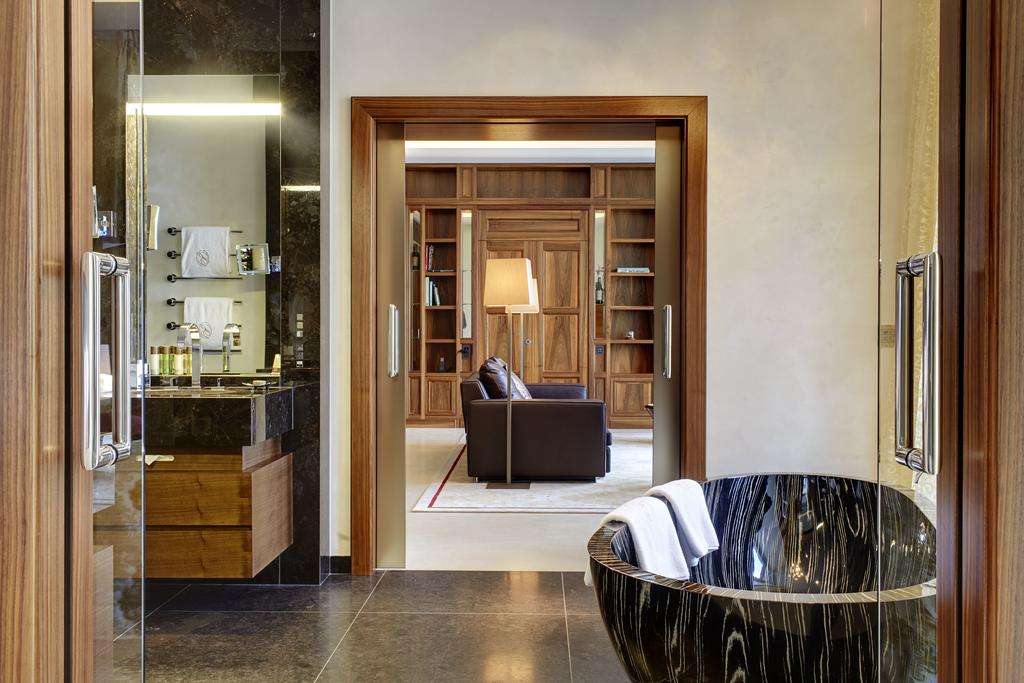 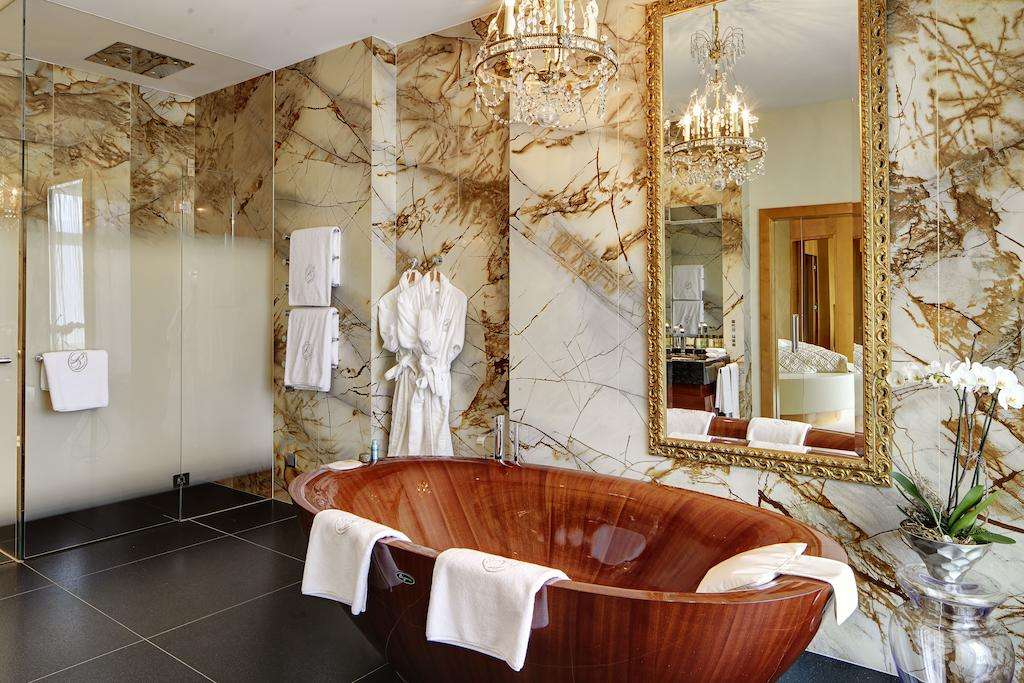 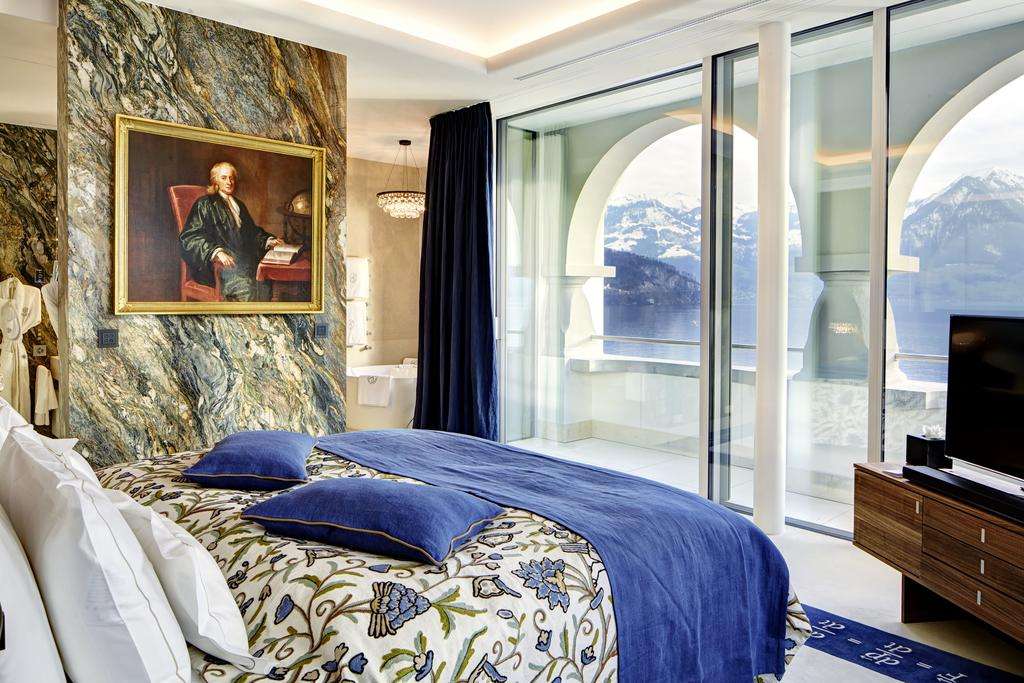 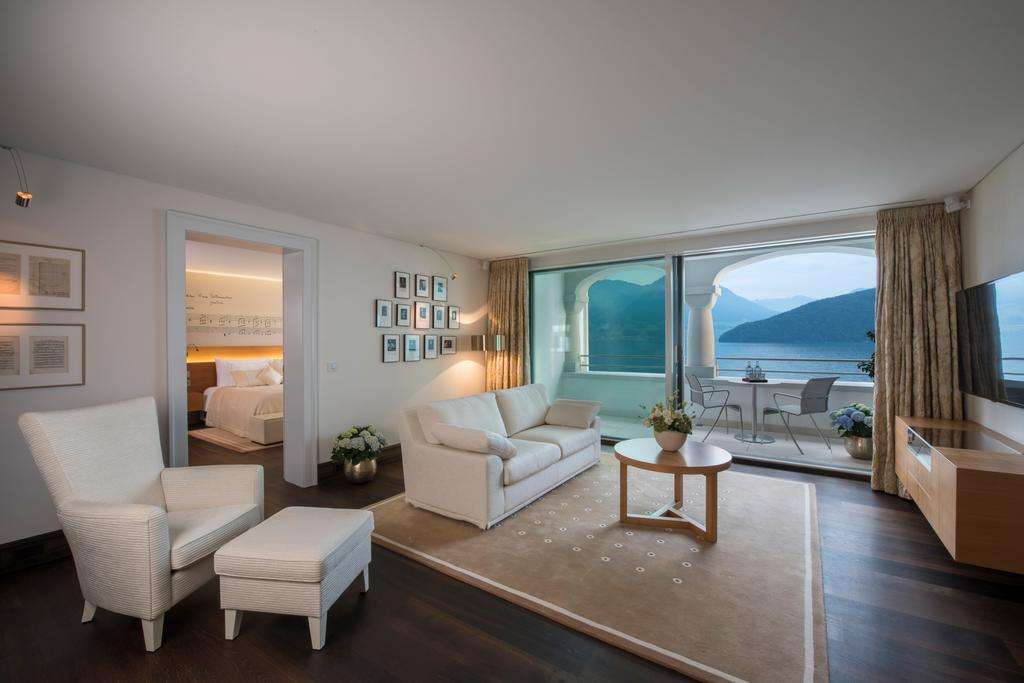 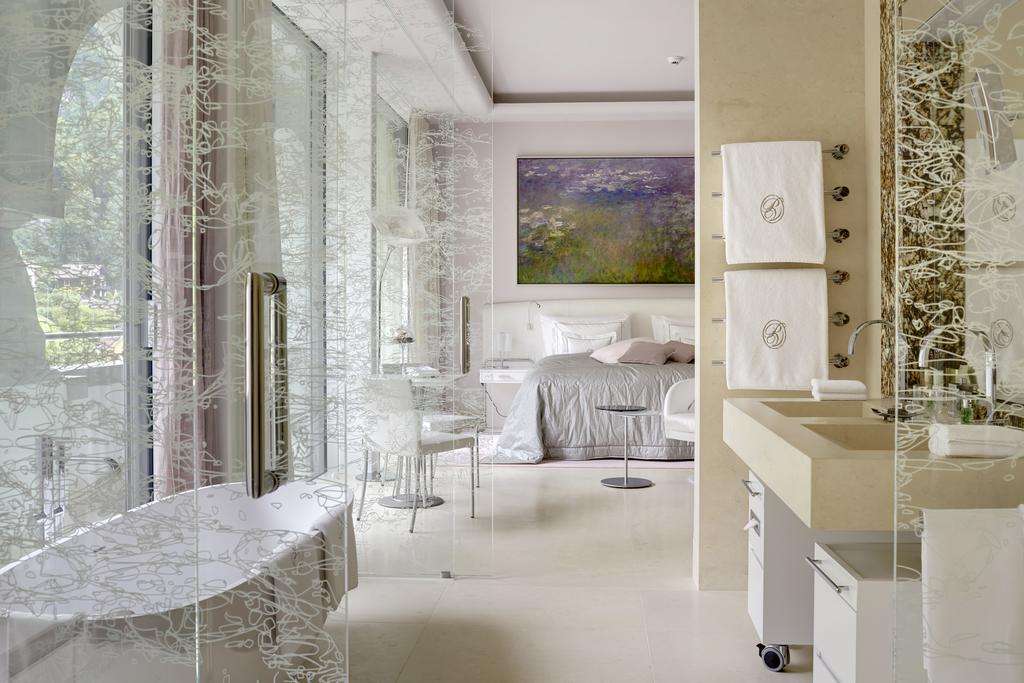 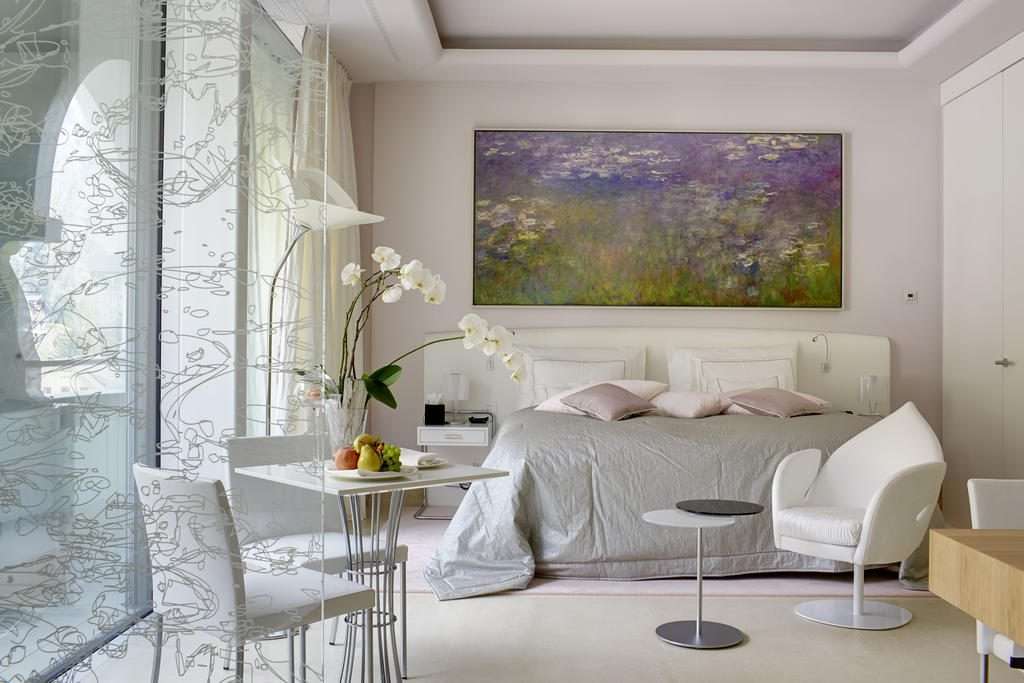 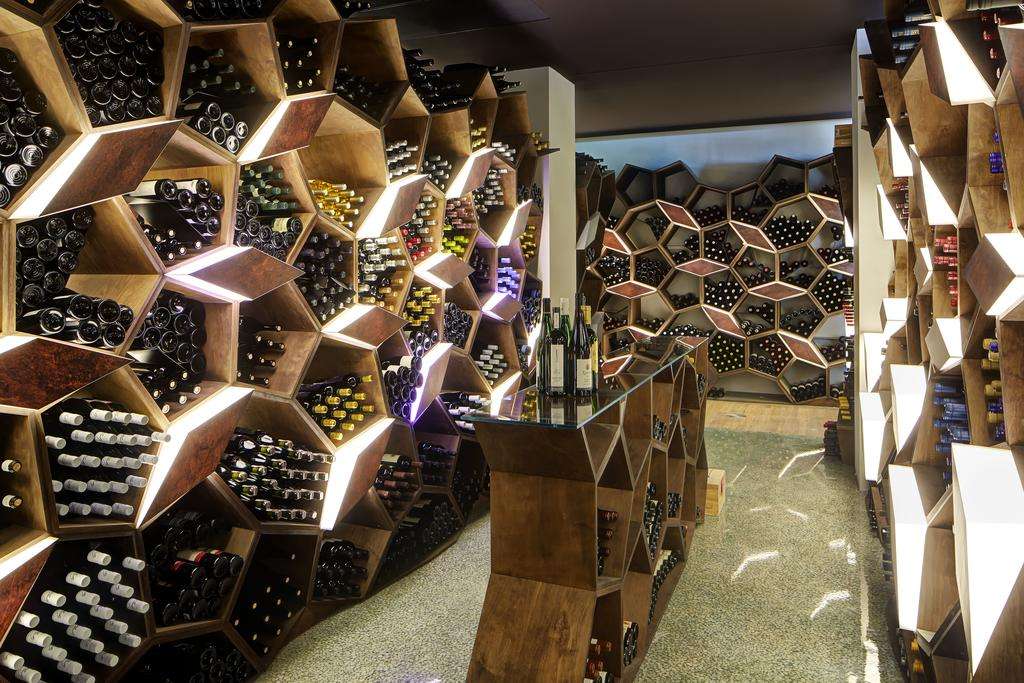 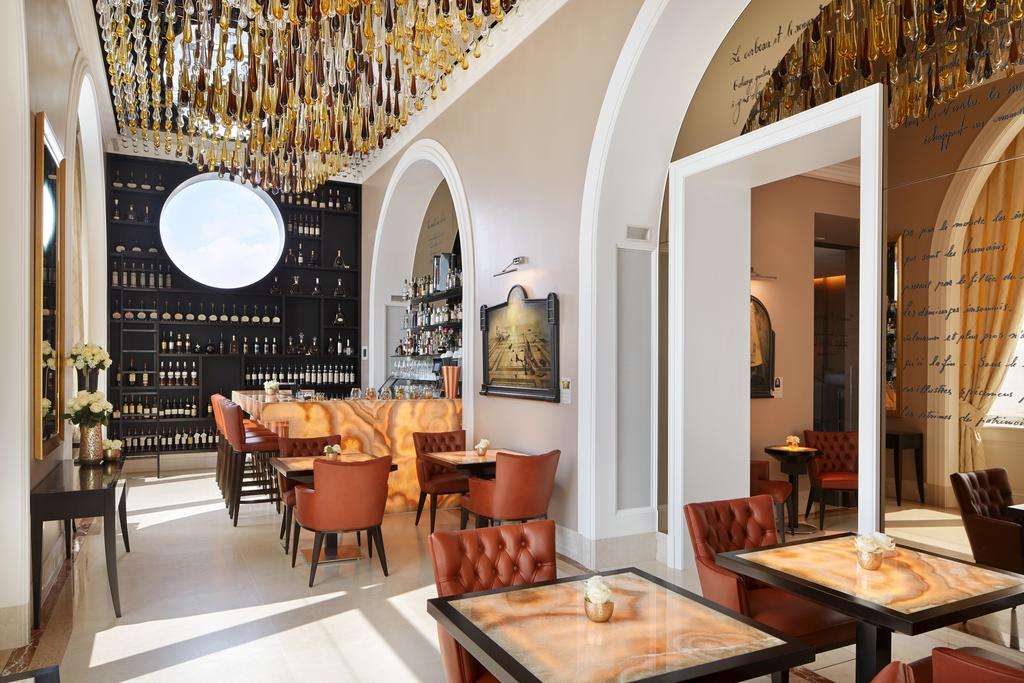 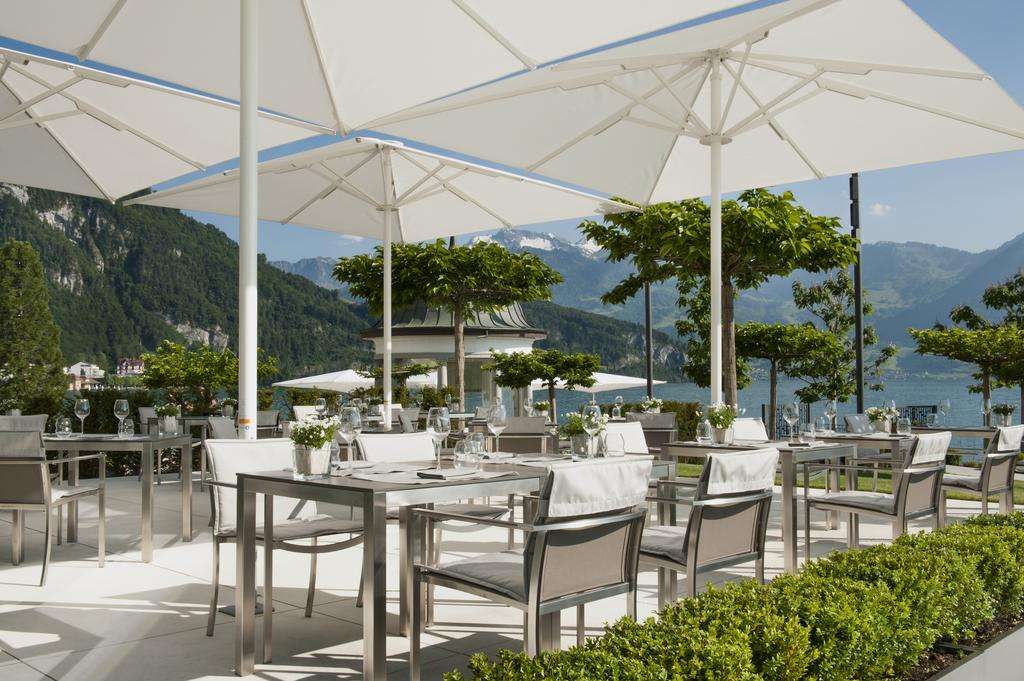 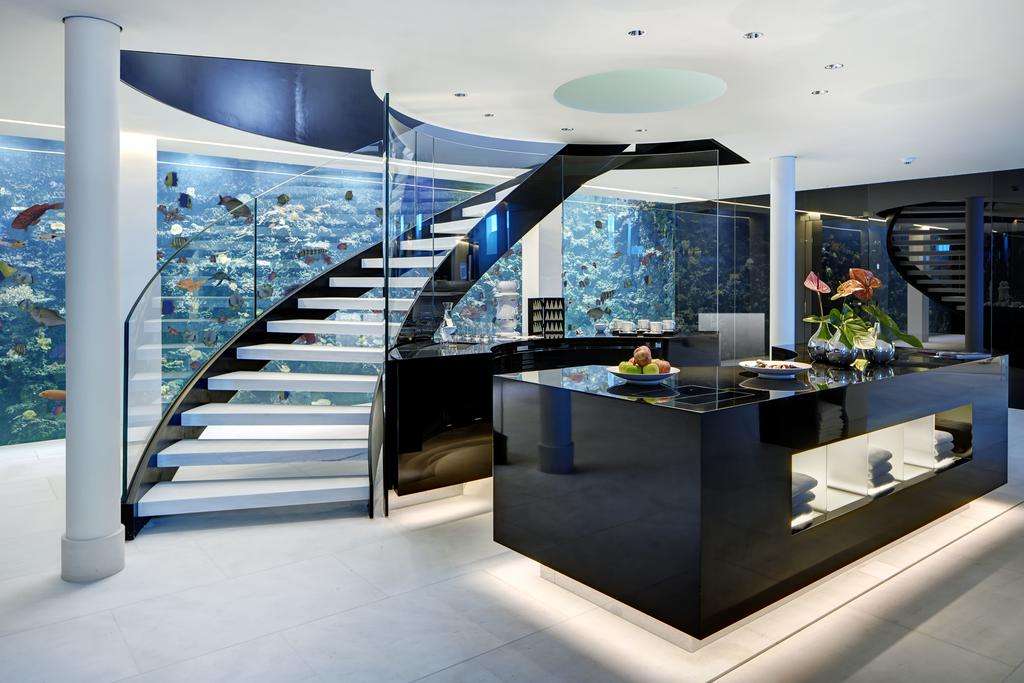 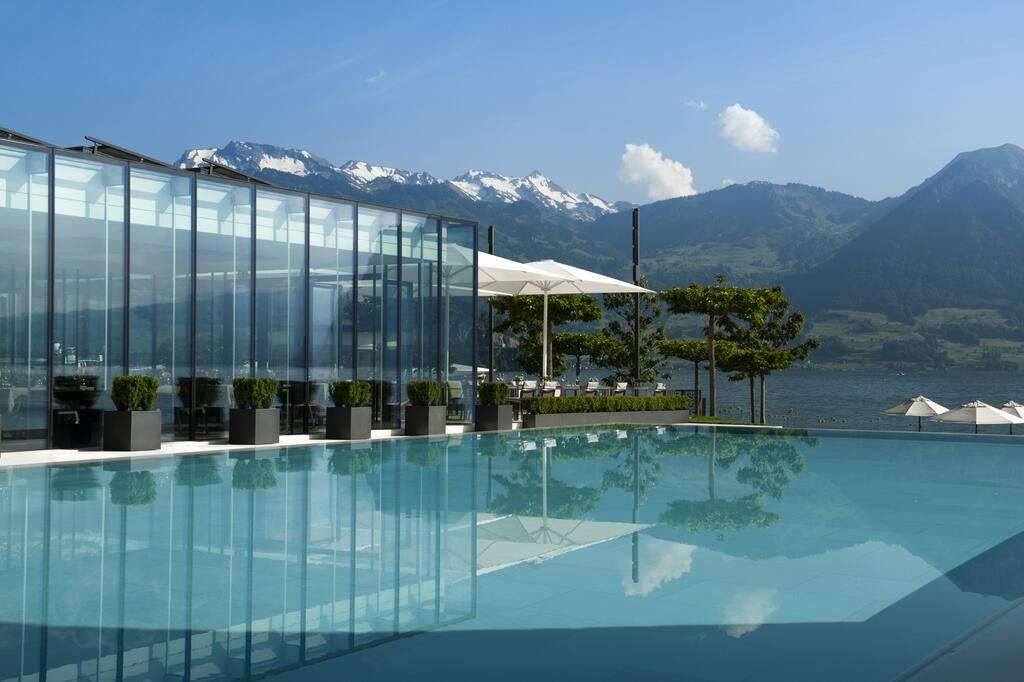 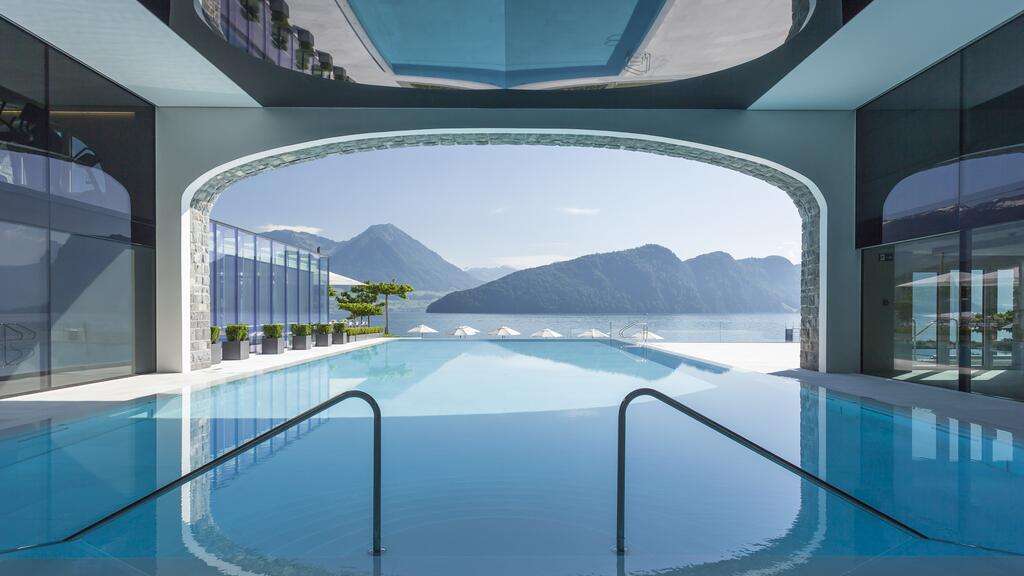 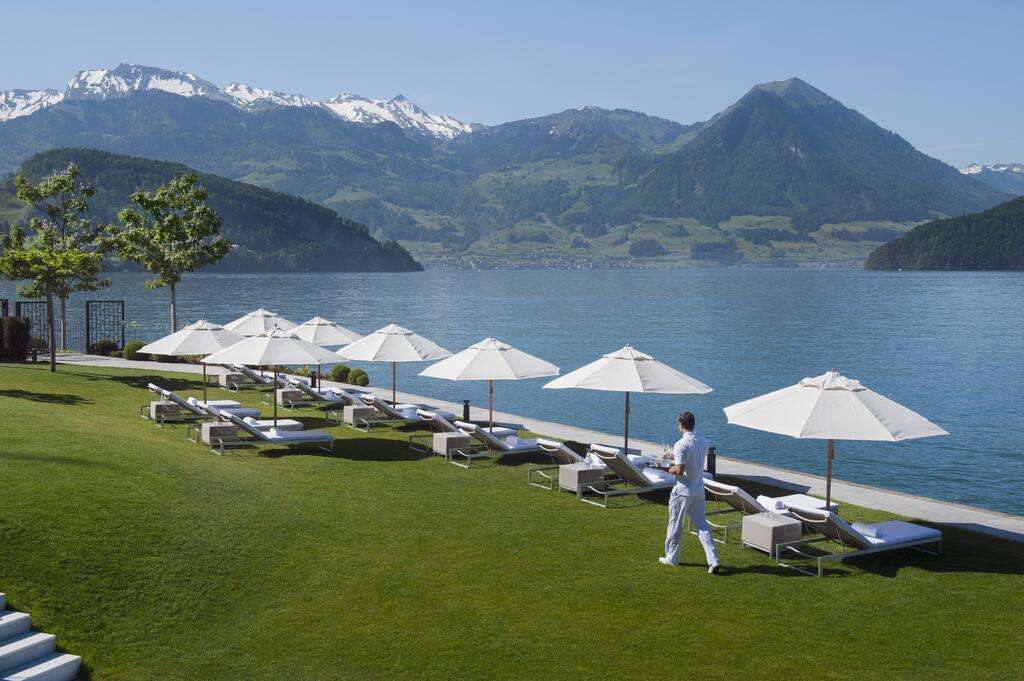 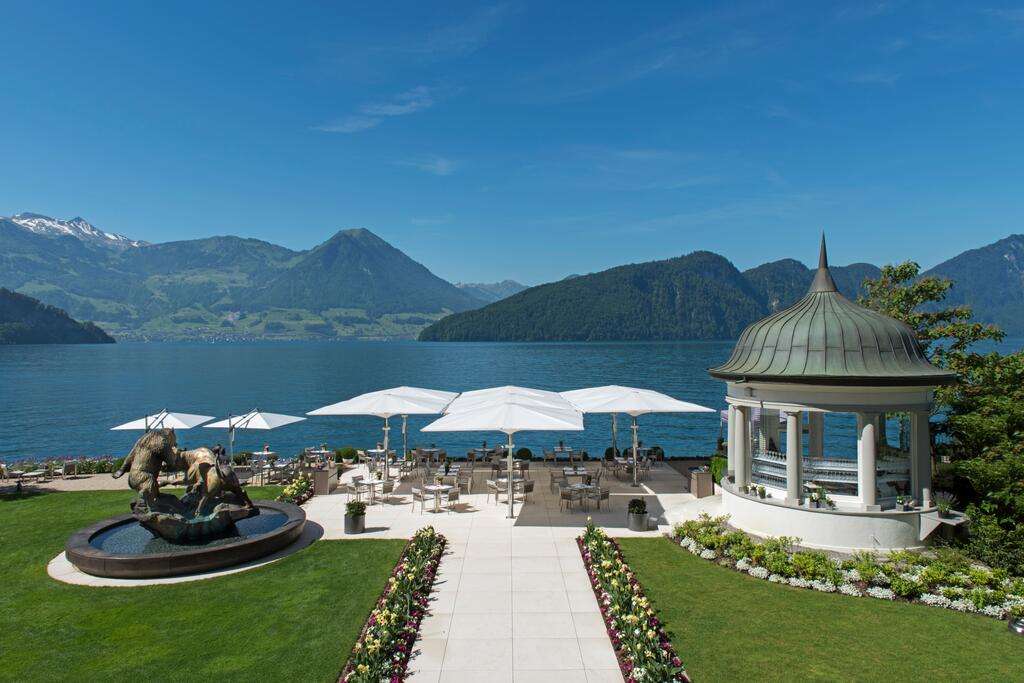 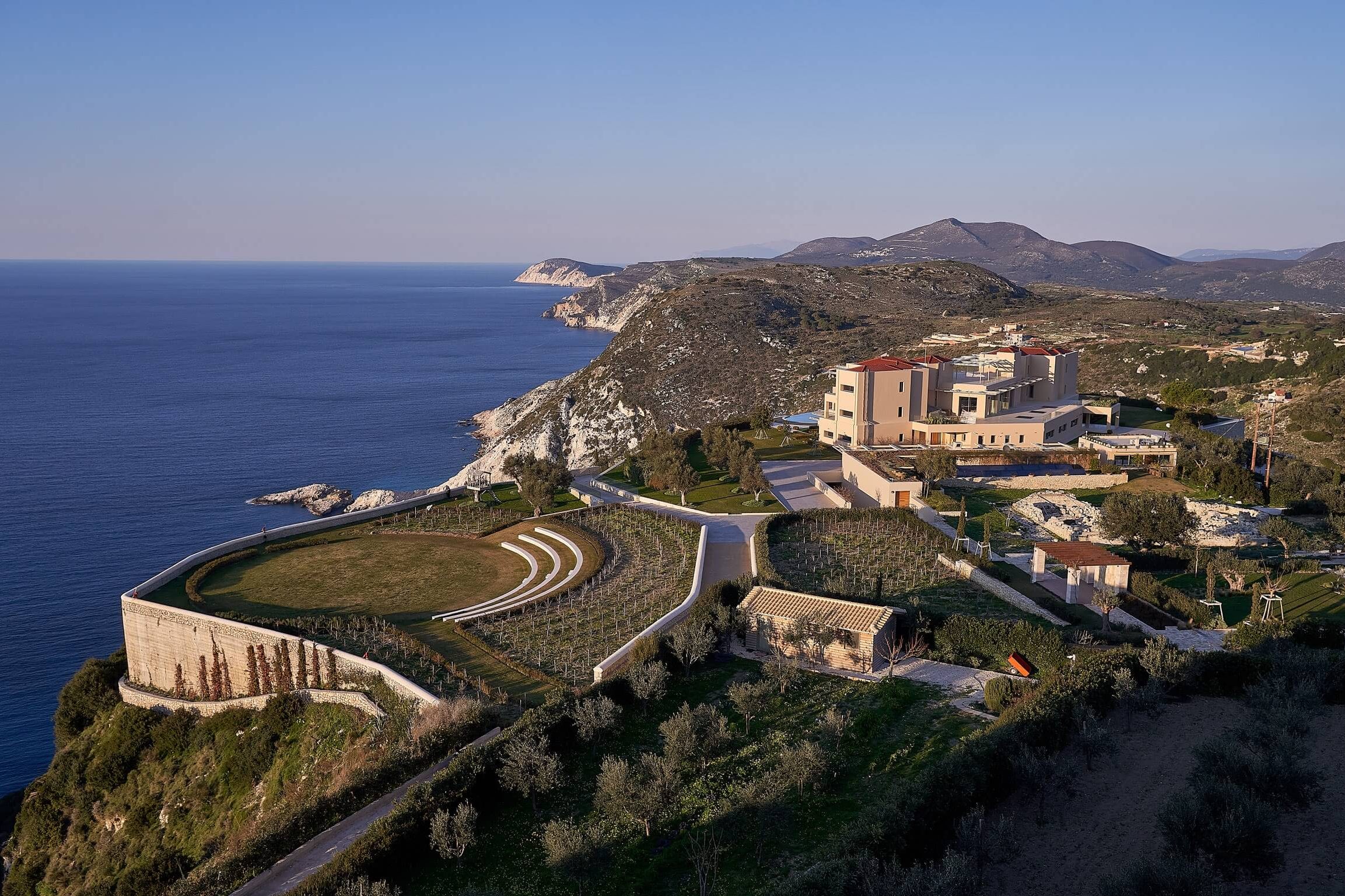